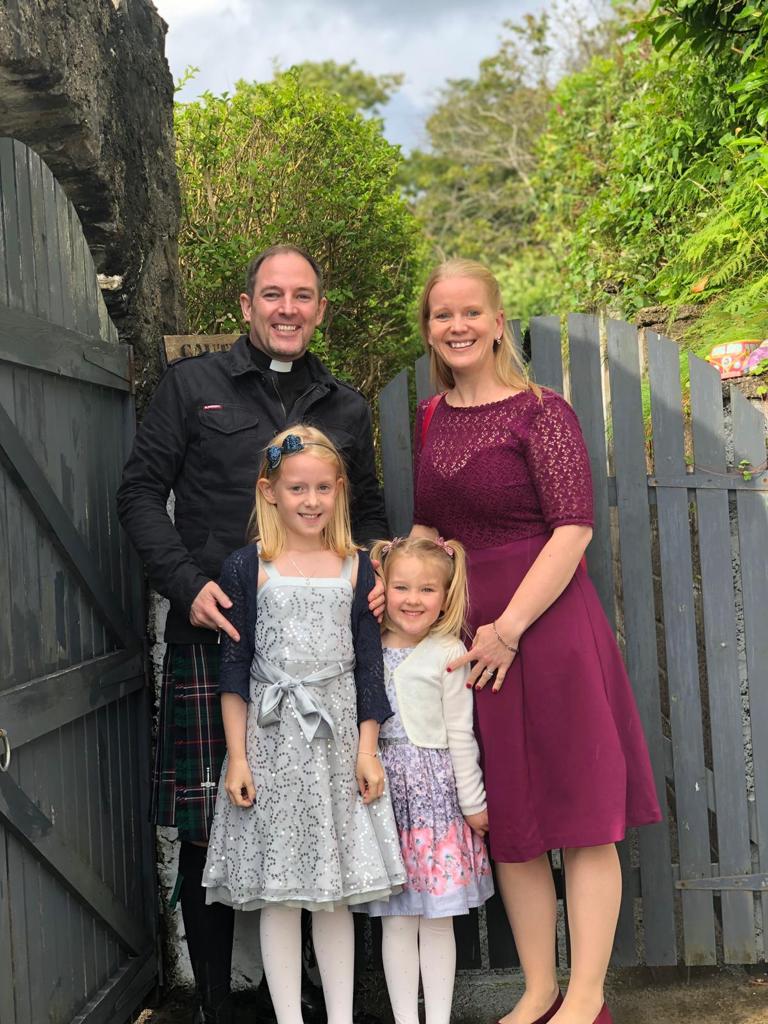 Stuart Lawson:  Stuart completed his Honours Degree in Teaching in 2002, and subsequently worked in education in Scotland and Malawi.  He also spent five years working in an Independent church in Stirling, as a Worship Leader.   In October of 2016, Stuart took on the lead role at Oban Baptist Church, and completed his Theological Studies via Distance Learning from Spurgeons College.  Stuart loves God's Word, loves the gathering of God's people, and enjoys music, football and quality time with family.  He is passionate about Biblical transformation, and his heart is to champion Oban Baptist Church as a loving community, actively engaged in the community.  He's joined on the adventure by Helen, who runs the church's Toddlers Group and helps lead the Junior Church, and their two beautiful daughters.

The Leaders and Deacons of Oban Baptist Church - Ministry Champions

OBC has a group of dedicated men and women who form an essential part of the Leadership Team.  They contribute to the oversight of the church, and each leader/deacon operates, in a servant leader capacity under two main capacities: as a Ministry Champion, where they offer support to their specific ministry area whilst championing the common voice of the Word of God and the Baptist Union's Declaration of Principle; and as support for and oversight of the Pastor.

Rev. Ian McFarlane served as the Lead Minister at Oban Baptist Church, from 2012-2016.  Under the leading of the Spirit, his wisdom, energy and experience blessed and transformed the congregation, leading them through and out of a challenging season in OBC's history.  In October 2016, he handed over the reigns to Stuart, but remained on the ministry staff in order to mentor Stuart in his new role.  Ian remains part of the Leadership Team, continuing to offer his God-given gifts to the local church, community and beyond.